Hi. I will go through what I did correctly and what I could do better in this last part of postmortem. Let’s start with the not so positive things.

What could be done better?

I didn’t covered foreign media and players in general. Only approximately 10% of players aren’t from Czech and Slovakia. It is not enough from my point of view. There were few articles in foreign websites, like LEARN THROUGH PLAY – ZEROES THE MATH PUZZLE GAME, Zeroes arrives on Google Play today, An Actual Fun Math Android Game ZEROES Launches Today or Zeroes. I am really grateful for them. However I could do better. I almost haven’t posted to forums for example. It can be one of reason, why Zeroes didn’t get more foreign players.

How can I make it better? It is easy. Write to forums, write to press again. I made two updates and game has good rating. It is slightly better starting point to communicate, than when you have new unknown game.

The length of development

Time of development could be shorter too. One year of development for such game is long. Even when I worked only approximately six months in total. Why? Because of school. One way, how to improve it would be drop the school. No. No! NO! It is not good idea. Maybe there is no reasonable solution to this problem.

Imperfections in the gamedesign

There are few problems in gamedesign. Game has low retention rate. What is retention rate? It is number, which tells you how much players returns to your game next day, week or month. Zeroes has problem, that it doesn’t motivate players to return back to game. You play the game, than drop of it because you can’t beat some level and maybe never return back to game. There is no energy in the game, which doesn’t allow you to play, as soon as you exhaust it. You may don’t like it, but it is pretty effective in making players to return back to game. I also don’t like it, but there must be another way with similar effect.

Game also have nothing to offer, as soon as it is completed. There is no leaderboard, time trial or anything like that. Because it will not make any sense. How to evaluate player by points? Or how to evaluate them by time, when they can solve level, memorize solution and do it again in way shorter time.

I could make some generator of levels. But there is also problem. How to handle difficulty of generated levels? Has harder level more blocks, more dots, bigger numbers or combination of all. I will be honest. I don’t know. However combination seems as most probable.

I may sound, that I refuse any solution. That if I would try to find solution, I will find it. But you have to ask yourself important questions, before you start to solving it. Is it worth of it? Will be result equivalent to your spent time? Wouldn’t be better to invest your efforts to new project?

I programmed few systems, which I am proud of. Each world has its own colors for example. How did I create a lot of sprites with different colors? Definitely not in graphic editor. I drew shape of each sprite and it’s shadow in grayscale. Than I assigned material to sprite in Unity and changed its color by script. It is no difference in result but huge difference in development time. Why? Obvious reason is, that you have to create each sprite only once. But you can find much more important reason, when you need to tune colors a little bit. This system is difference between recreating all sprites in different colors again and changing only three numbers of RGB in your code. Pretty difference, am I right? 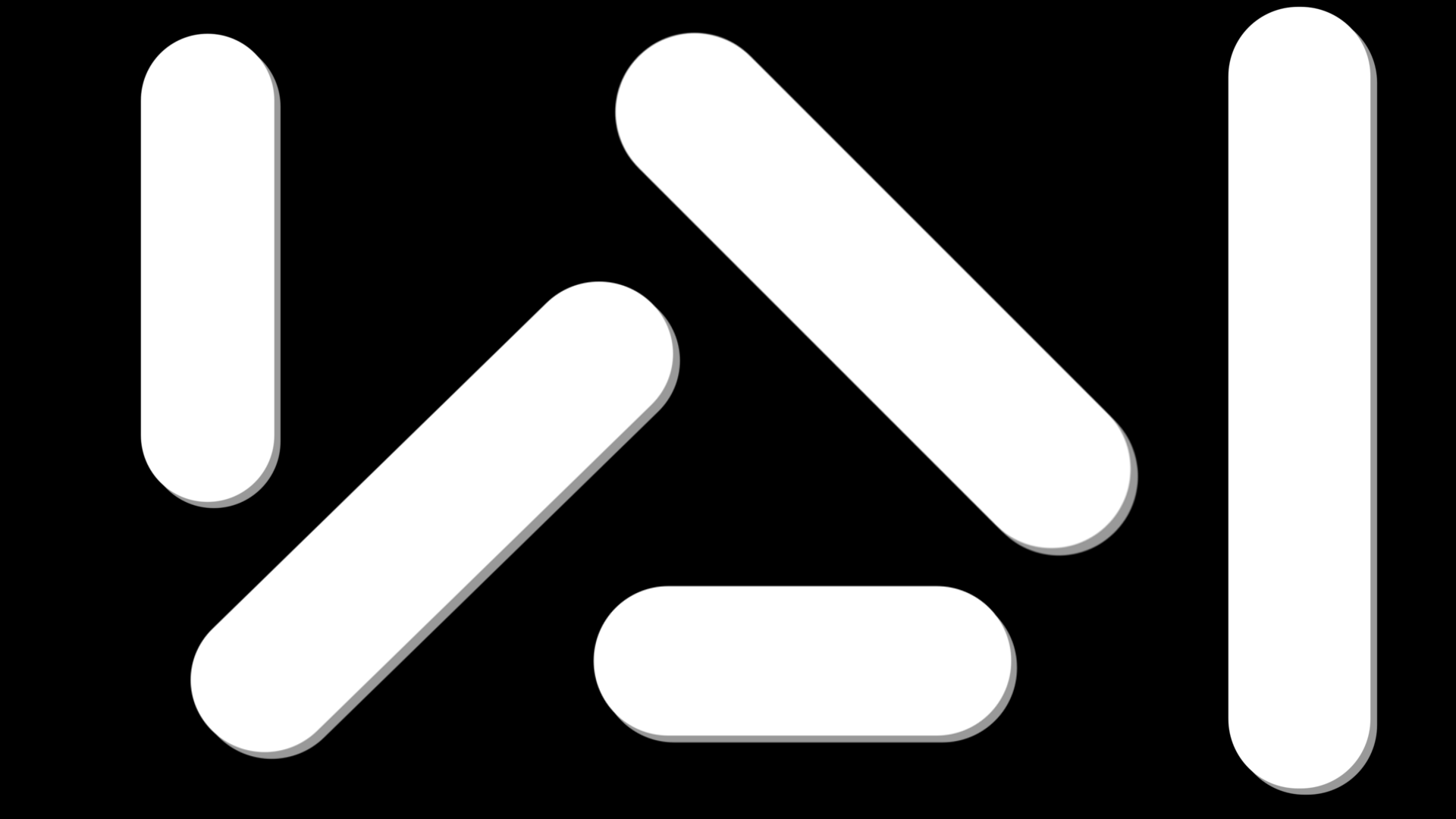 The second is system for game juiciness. Do you know what it is? Making your game more juicy is making it feel better by adding sounds, animations etc. You provide maximal output for any user input. It doesn’t influence gameplay directly , but it creates feel of polish. You can read more about it in this article.

I created system for fluid animations in my case. This system can transform objects (scale, rotate, translate…), and you can define how it should be done in dependence of time. You just define so called easing function and “BUM!”. All is bouncing and dancing on screen suddenly. It really adds a lot to game. I can’t understand, how could I create games without it. Thank you Mark Brown, Petri Purho, Martin Jonasson, Jan Willem Nijman and Jonatan Söderström for opening my eyes.

Coverage in Czech and Slovak press

When I was complaining about coverage in foreign media, I can’t say anything bad about number of articles in Czech and Slovak press. It was amazing. Zeroes got coverage in Games.cz three times, Svetandroida.cz, Mobilenet.cz, Androidportal.zoznam.sk, Ennos.cz, Svetaplikaci.tyden.cz and Hrej.cz. I would like to thank to everybody, who wrote something about Zeroes. Players played Zeroes thank to you!

I have tip for novice developers as me. Don’t be scared to show your game. Don’t be scared to send some info to press, even if the game is not 100% great and ready. Stop the “But this website is way to big for my game. They will not care about it.” Try it at least. There is one exception, when it will not work. Don’t send your mobile game to PC site and vice versa. However it should be obvious.

To catch attention I tried different approach how to describe Zeroes. I could describe it something like: “Zeroes is puzzle game, where you place blocks with mathematical operations on circles with numbers. Your goal is to calculate zeros on each circle.” I did it otherwise. I started with why I created Zeroes, continued with how I did it and finally described Zeroes. I will show it by short example: “I believe, that math can be fun, when you can play with it. I created Zeroes, because I would like to show it to you. Zeroes is puzzle game, where you place blocks…”. This technique was described by Simon Sinek. You can learn more about it in this video: Simon Sinek: How great leaders inspire action. Maybe I was just lucky or it really works. However I will try it next time too.

Game, which I am not ashamed of

Really. I am not ashamed for my game, for the first time. Previous games, on which I have worked, were shooters or had poor quality. I was ashamed to show it to my friends or even to my family.  My friends were the first players, in case of Zeroes. They were the first people, who give ratings. I think, it is right in this way. If your first players will not be your friends, than who? My mother and grandmother, who don’t play games at all, played Zeroes. As I said, it haven’t happened with my other games.

Zeroes has recently 197 ratings with average score 4.8 out of 5 at Google Play. I don’t want to boast, rather show the reasons, which helped.

How to get more ratings? Ask your friends at first. They would most likely help you, if you will ask them kindly. It will be your first ratings. They will be probably positive. But it is little bit dangerous. You may start to think: “Yes, the game must be really good, almost all friends gave maximal rating.” And than comes not so good rating from strangers. How is it possible? Friends will probably give you slightly better ratings, because they want to support you. Strangers care only about game, not you.

You can ask players in the game too. You can choose from different approaches. You may ask them at the first startup in menu for example. I think, this approach is disaster. How should player know, that your game is good? He haven’t even try it yet. Or you can ask during every startup. However it will probably piss him off. I can imagine this situation: “I have already told you, that I don’t want to give you rating. But if you want it so much, here you have 1 star.” Or you can leave rating icon to your menu. But many players will miss it in my opinion.

My approach was to ask players to rate after success in level. And it is not all. I ask them only once, they can absolutely ignore it and I ask only after fulfillment of several criteria. The first criteria is, that player have to start the game at least for the five times. The second is that player have played Zeroes for three days at least. And the last is, that player have finished 20 levels. There is big probability, that player will give you feedback and usually not the bad one. Otherwise, why he will start Zeroes for more than five times?

How the actual request for ask looks like? I ask if he likes Zeroes. Player can replay yes or no. If he replies no, than I ask him if he want to send me some feedback. If no, I stop asking. If yes, than I redirect him to email app, where he can send me, what he don’t like. If he replies, that he like Zeroes, I ask him to give rating. He can replay yes and no again. If no, I stop asking again, and if yes I redirect him to Google Play.

It doesn’t mean, that if player click on “Give rating”, that he will rate. Two players clicked on “Give feedback”, however I have not get any email with it yet.

That’s it. I expected only one part of postmortem. There are three parts in the end. I will probably share unity component, which I used for animations (juiciness), next time. You can read previous parts of postmortem here: Part one, Part two. You can download Zeroes here: https://play.google.com/store/apps/details?id=com.PetrMarek.Zeroes

There is last think I would like to mention. There is App of the Year Awards at slideDB, indieDB and modDB. You can vote for your favorite games. Yes, you can vote for more than one. If you think, that also Zeroes should get also some votes, you can give them here. It would help a lot. Don’t forget to support other games too, please. 🙂